It is a single vineyard wine from the ‘Croix des Verillats’ climat, a 4.4 ha (11 acres) vineyard area on top of a granitic hill.

This one of two single vineyard wines by Château du Moulin-à-Vent, the other being the ‘La Rochelle’ climat wine.

The vines for this wine are pretty old averaging about 65 years of age and planted very densely (10,000 plants/ha) which on paper favors concentration and quality.

The soils are granitic (called gorrhe) while the sub-soils are rich in manganese and metallic oxydes.

After fermentation, the wine was aged for 15 months in French oak barrels from the French Vosges and Allier forrests, 15% of which were new.

Like for all wines by Château du Moulin-à-Vent, these elements go to show, on paper at least, that this is not your average Beaujolais wine.

Dark red color, almost black. It’s not dense like a dense Cab Sauv or Malbec would be, but the hue is certainly dark, black in the core.

Spices are THE outstanding element on the nose: black pepper, anise, clove. There’s backed up for the depth by oaky notes of vanilla, cocoa, and smoke.

A distinctive meaty character comes out of the wine. It’s poultry, it’s caramelized meat, the closest descriptor as wired as it may sound for a wine is roasted chicken leaver (I guess it’s my South-Western French references, they’re commonly used in salads there). If you don’t see what I mean, let’s say that it’s meaty with a deep bloody cured meat element.

The fruit stays relatively shy on the nose. Although some berries seem to be there hidden behind, they’re not obvious at this stage of the tasting.

What strikes first on the palate is the acidity. It’s crisp, it’s zesty and that’s what hits (positively) your taste buds straight away at putting the wine into the mouth.

Then you realize the wine is rather full-bodied for a Gamay (again, nothing like a big Cab or Shiraz, but still) and there’s plenty of granulous tannins.

Like on the nose, there’s a great complexity of flavors: from citrus, oak, to generous spices and herbs.

But overall what stands out is the acidic fruitiness feel. It’s curious, despite a wealth of intense aromas of all sorts, the primary fruit shines through the wine providing a pleasing impression of freshness and that you’re actually indeed drinking what it is before all: fruit juice.

The ashy minerality is also clear.

A stunning, almost hard-to-believe example of what Gamy can produce.

Concentrated and complex, it’s zesty, filled with plenty of berries character, but also meaty and deep.

A pleasing wine in many regards: pleasing and fruity like a Beaujolais wine, but serious, deep, and built like an old vine wine aged in oak made with care and skill. 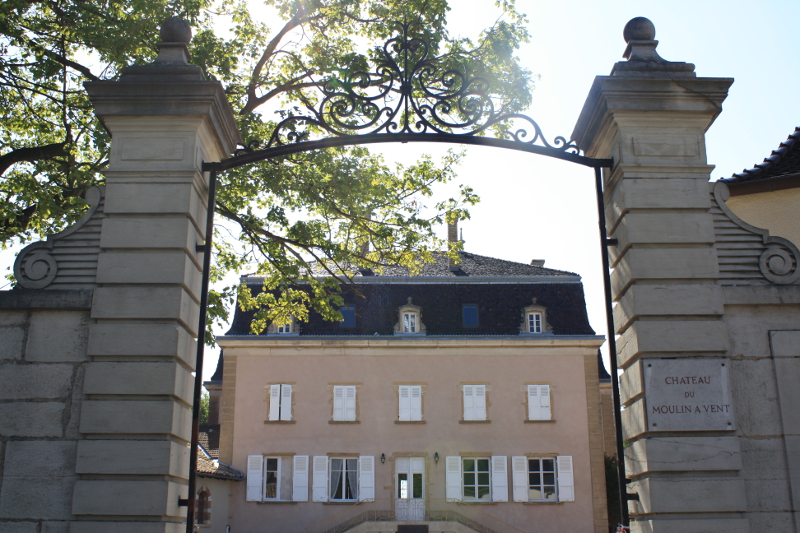 After the buzz-generating Moët Champagne vending machines that everyone would love[...]

Maison Ventenac is a family-owned estate and winery located in[...]

How to Open a Bottle of Wine Without Opener?

Uncorking a bottle of wine without a corkscrew, using just[...]