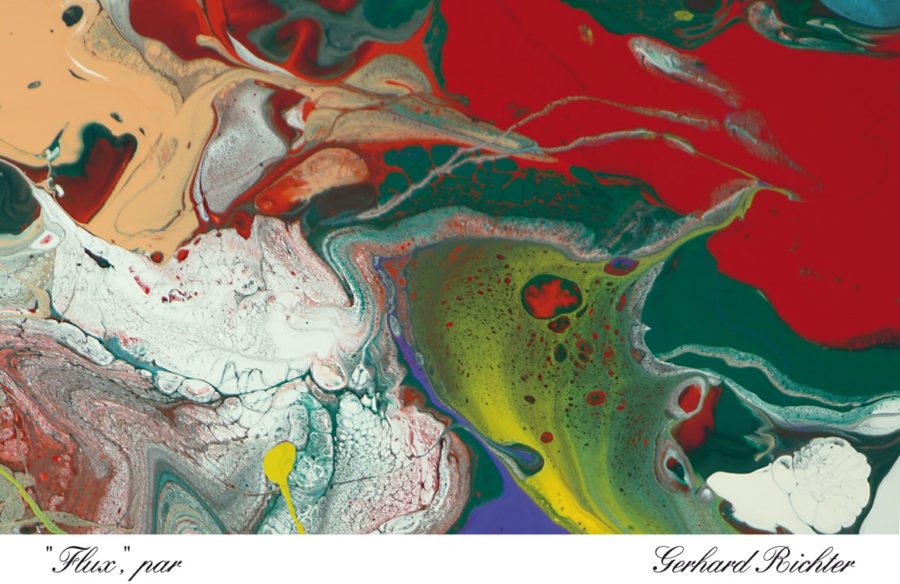 The collection of labels and their original artwork can now be seen if you visit the Mouton Rothschild winery and its museum in Pauillac. I was there no sooner than last week, and believe me, it is worth a detour and a stop. Just make sure you have some time to stop by and admire the paintings and drawings by such famous names as Salvador Dali, Pablo Picasso, Andy Warhol, Pierre Soulages, Francis Bacon, Georges Braque, Joan Miró and many more.

Simply a deep and stunning piece of History gathered in one single place. For the full story, this collection used to be moving around some of the most prestigious museums around the world. It is now at home at Mouton’s property in Médoc.

The new label for the 2015 vintage, not only bears a new piece of artwork (we’ll get to it in a minute), but it also includes another small modification.

The illustration for the new 2015-vintage label of Mouton, is the work of German visual artist Gerhard Richter. Born in 1932, Richter is famous for producing abstract and photorealistic paintings, as well photographs and glass pieces.

His artwork for the new label is the result of a random yet carefully-thought crafting process that he has developed since 2011, and that he calls ‘Flux’ (understand something around the concept of ‘flow’).

This is how Château Mouton Rothschild describes this unique technique: ‘This involves spreading enamel paint on a plate of plexiglass on which he then presses a glass plate. When the process reaches completion, he finally fixes the plates one on top of the other. Before that, however, he photographs the still fluctuating colors when he considers their composition to be momentarily harmonious: that is how he created the label for Mouton.’

Vintage 2015 might have been qualified as ‘heterogenous’ for Bordeaux wine, with some wines perhaps underperforming slightly. But most first growth including Mouton, blessed by their terroir and the ability to blend, have achieved to produce beautiful wines that year. The winery compares 2015 to the excellent 2005 vintage, for its body and opulence.

Take a 2-Minute Tour of Château Mouton-Rothschild in Video 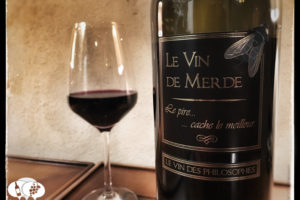 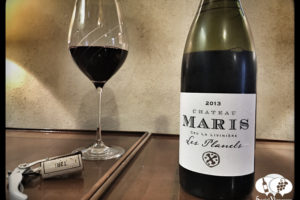 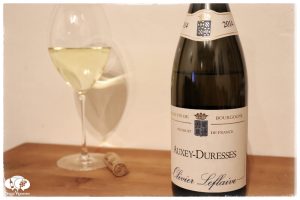 How Good is Olivier Leflaive Auxey-Duresse?